Jan van Boeckel is a Dutch artist-educator and researcher. Academic year 2018-2019 he was senior lecturer in visual art education at the Academy of Design and Crafts of Gothenburg University, and he continues to supervise master students there in their writing of their final thesis. The past year Jan was also guest educator and researcher at CEMUS, the Centre for Environment and Development Studies in Uppsala (both in Sweden). From 2015 until 2018, he was professor in art education at the Estonian Academy of Arts in Tallinn. Jan van Boeckel has also been program director in design theory at the Iceland University of the Arts in Reykjavik (2014-2015). In the autumn of 2019, he started teaching painting courses at MK24 in Amsterdam. Jan has regularly taught at Schumacher College in Dartington, the UK; at University College of Southeast Norway; and in previous years also regularly at CEMUS in Sweden.

Together with others, Jan established the international research group on arts-based environmental education at Aalto University, School of Arts, Design and Architecture in Helsinki. In 2013, he presented his doctoral thesis, At the Heart of Art and Earth: An Exploration of Practices in Arts-Based Environmental Education (3rd print, Feb. 2017).  In 2016, Van Boeckel was a member of the British Educational Research Association’s commission that focused on the potential and challenges of developing STEAM education through creative pedagogies. From 2014 onward, Jan is member of the research group on Art & Science in Education at the Norwegian University of Life Sciences in Ås. Since 2007, he is part of the International Eco-Art Network. He regularly peer-reviews article submissions for Environmental Education Research. 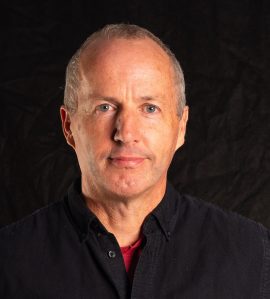 In 1989, Jan van Boeckel obtained his University degree in Social Anthropology at the University of Amsterdam, with the thesis De Onthulling van het Sacrale: Inheemse Volken en de Media (The Revealing of the Sacred: Indigenous Peoples and the Media). The world-views and environmental philosophies of indigenous peoples have remained a lasting field of interest. Together with film-making group ReRun Productions, Jan produced a series of documentaries on this theme, as well as films on philosophers such as Jacques Ellul and Arne Naess, who provide a critical analysis of Western industrial society. These films include, among others: The Earth is Crying (1987), It’s Killing the Clouds (1992), The Betrayal by Technology (1992), and The Call of the Mountain (1997).

In the early 2000s, Jan lived with his family in Hällefors, deep in the forests of central Sweden, where he was an art teacher to both children and adults, and consultant on international cultural projects. Here he conceptualized the international art project Cloudberry Dreams, on the cultural interpretation of wetlands. From 2004 to 2006, Jan was head of communications at the Netherlands Centre for Indigenous Peoples in Amsterdam.

On basis of his inspiration by indigenous cultures, his own engagement in artmaking and teaching, and the experience of living close to wilderness in Sweden, Jan’s interest has moved to art as a mode to connect with what David Abram aptly called ‘the more-than-human-world.’ One of his research interests is the tension between trying to open the senses whilst coping with the enormity of the current ecological crisis – an issue all the more pressing when practising arts-based environmental education with young people.

Presently, Jan van Boeckel is content editor for the  Open Air Philosophy project where selections of writings by (and about) Norwegian ecophilosophers Arne Naess, Sigmund Kvaløy Setreng and Peter Wessel Zapffe are made available to a broad international audience. Here is a podcast with me, at the occasion of the launch of the website in January 2020.

For a special issue of Arts and Teaching Journal Artizein, Jan was guest editor-in-chief. The theme of the edition (2017) was the triad of art, education, and the natural environment. Jan van Boeckel has regularly participated in sessions on artistic research of the ArtEZ International Research school (AIR) in Arnhem, the Netherlands.

In 2018, Jan participated and presented at the State of the Art – seminar and network meeting in Silkeborg, Denmark. He taught the intensive course  “Connecting to Nature Through Art” for and with students of the Estonian Academy of Arts in Lahemaa National Park. Jan gave a presentation entitled “Fostering Agility through Art” at the Radical Relevances conference at Aalto University in Finland and he presented a keynote (viewable online) at the three day ClimateExistence conference in Uppsala, Sweden. Jan performed together with David Rothenberg at 42 Acres Shoreditch in London.

Thus far, Jan van Boeckel presented three keynotes in 2019. One was at the opening of the new year of CEMUS, in Uppsala, Sweden, CEMUS with as lecture title: “A pedagogy of the light in the eyes: An address on fostering attention through arts-based open-ended approaches in an age of ecological emergency, social unravelling and radical uncertainty” (viewable online). The second was a lecture and art workshop (with title “Metamorphoses of organic forms”) at the University of Bergen in Norway. The occasion was the conference Global Challenges – Rethinking Education of the Nordic Summer University, and the title of this keynote was: “Being present in the present to what presents itself.” His third keynote and workshop were presented at the annual network meeting of art teachers at HDK (University of Gothenburg), on the theme of “Art education in a time of climate strikes and fear for the future.”

In October 2019, Jan van Boeckel was interviewed by Anneli Porri of the Estonian Academy of Arts  for the cultural magazine SIRP (link to the original transcript in English). An earlier interview from 2015 Boeckel can be accessed here (or at the website of the Estonian Academy of Arts). Two earlier interviews, in Dutch – one in the daily newspaper Trouw (2013) and the other as part of the book Hoor de Zon (2012) – can be read here.