From 21 to 24 March, 2016, I taught a 4 ECTS, 4-day intensive course with this title at the Arbavere centre, close to Lahemaa National Park in Estonia.  Participants in this special course of the Estonian Academy of Arts came from Slovakia, United Kingdom, Lithuania, Estonia, Sweden and the Netherlands. This was our guiding principle for the week:

“…the obsession with novelty implies a focus on final products and a retrospective attribution of their forms to unprecedented  ideas in the minds of individuals, at the expense of any recognition of the form-generating potentials of the relations and processes in which persons and things are made and grown. … the wellsprings of creativity lie not inside people’s heads, but in their attending upon a world in formation. In this kind of creativity, undergone rather than done, imagination is not so much the capacity to come up with new ideas as the aspirational impulse of a life that is not just lived but led. But where it leads is not yet given. … opening to the unknown … exposure … action without agency.”

Tim Ingold, in “The Creativity of Undergoing” 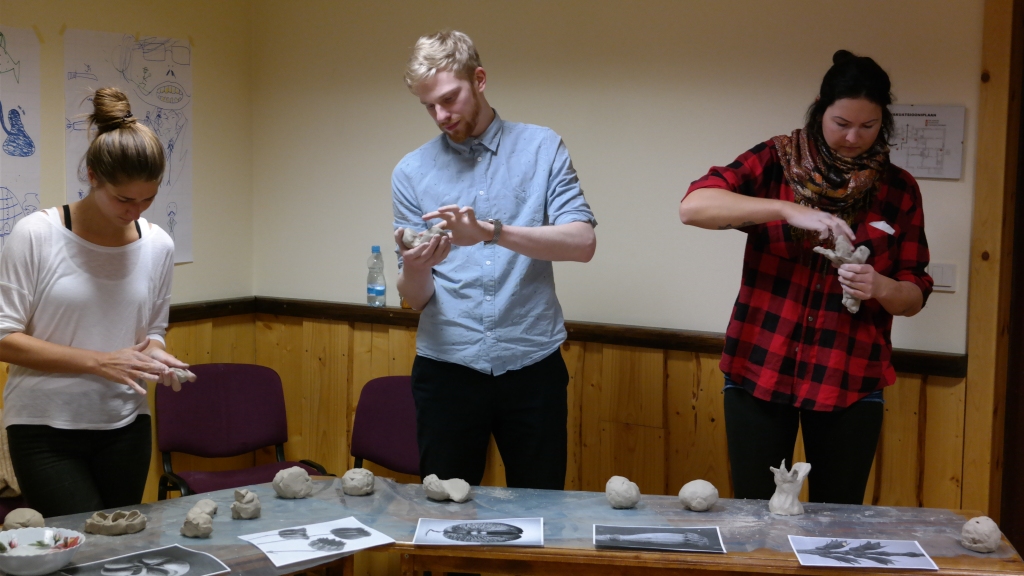 Session on processes of growth and decay in nature

As anthropologist Tim Ingold argues, it has been customary in the western tradition to think of making as a bringing together of a preconceived, ideal form, in the mind of the maker, with an initially formless mass of raw material. In this view, all the thinking has been done before the making begins. And for those who encounter the finished object, the thought can only be recovered by reading back from the work to an idea in the mind of the maker. Ingold presents an alternative account of making, as an inherently mindful activity in which the forms of things are ever-emergent from the correspondence of sensory awareness and material flows in a process of life.

In this course we immersed ourselves in experiences of groping our way forward in the processes that creating a work involves. While doing this we engaged with questions such as, “What did I notice? Why did that happen? How can I use that?” The aim of the course was to encourage students to reflect on their own practice and planning in the process of making, in three-dimensional form and through the written and spoken word. The intentino was that they would thus gain a deeper understanding of processes of embodied learning and tactile knowing. In the  course we read texts such as Embodied and existential wisdom in architecture: The thinking hand, by Juhani Pallasmaa (2010); The maze and the labyrinth: walking and the education of attention, by Tim Ingold (2013); and E-ducating the gaze: the idea of a poor pedagogy, by  Jan Masschelein (2010).

Below are some evaluations by students of the Thinking through Making course:

The exercises we made were super for me as a future art teacher. I can take these with me and try to put these in use in the classes I will be teaching. In general I believe that learning through making is one of the most effective ways to really come into contact with the subject you are dealing with. This making part opens up the channels of our brain, frees it and a person is ready to take the information in. … Truly, I have to say that this was a great experience. After four days here I feel like I have, so to say, been in a car wash: a layer of something has been washed away. I really enjoyed the stay and I hope there will be courses held like this in the future as well.
Malle Raet (Estonia)

I liked the course. Each day further I got more used to our team and the working process. The teacher was a good facilitator for my learning. He gave me some good tips and hints (definitions, concepts, theorists, exercises, articles, etc.) to explore further. I find the topic interesting and I would like to explore it in more depth to find out if it suits for my master thesis.  The course was overall intense and the exercises or tasks were well-framed.
Keiu Kuresaar (Estonia)

Overall I had a very good experience throughout the course. I found it engaging, thought-provoking, perception-altering, and fun. I very much liked the foundations that the course was built on; on separating thinking from just the head, on the appraisal of improvisation rather than innovation, on sharing, on being in the moment and letting it grow, rather than thinking about the end product. All of these things fit very well with my interests and how I would like to approach life.
What I liked about the teaching/teacher format was that it was very background. Or rather, we were all teachers and teaching, and all learning. I found the way the teacher made clear from the start that he was on the same level as us was very empowering and allowed for a lot of free thinking and creative suggestion. The overall organisation of the course was extremely well executed. Thank you very much, I really enjoyed the course and I think it will help me a lot. I’ll be doing the exercises with friends at every opportunity.
Harry Maberly (United Kingdom) 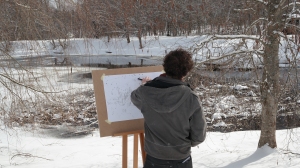 The experience was very immersive, isolated with the same people produced a relaxed and trustful atmosphere. I think the barrier of a traditional relationship between the teacher and the students dissipated instantly. Everyone felt relaxed and not under pressure as to what we produced on the course. Due to this I believe everyone was more open-minded and receptive to the concepts and new processes of working. If we were to be concerned with the appearance of the physical artworks we produced I don’t think we would have really understood and absorbed the teachings. Being surrounded by nature, the lack of visual and sound pollution and even more so people, produced an eclectic environment for us all.
The organisation was great, it was organic and specific to us, with understanding of the overall mood and responding to it with a diverse selection of activities.
Aly Williamson (United Kingdom) 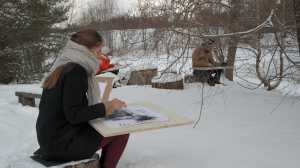